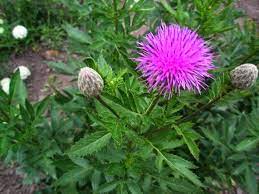 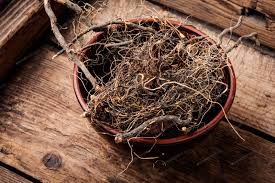 Maral root, or Rhaponticum, (Rhaponticum carthamoides) is a herbaceous perennial plant from the family Asteraceae that inhabits the sub-alpine zone (4,500-6,000 feet above sea level) as well as alpine meadows. It can be found growing wild in Southern Siberia, Kazakhstan, the Altay region, and Western Sayani. Maral root is widely cultivated throughout Russia and Eastern Europe.

This plant derives its traditional name Maral root (Maralu) from the maral deer who fed on it. It is an adaptogen which has traditionally been used for fatigue, impotence, and recovery from long illness.

Animal studies indicate that maral root may have a beneficial effect on memory and learning, increasing working capacity of tired skeletal muscles, as well as anabolic and adaptogenic processes.

Rhaponticum is high in 20-hydroxyecdysone (20E), one of the most common molting hormones in insects, crabs, and some worms and 20E can disrupt their molting and reproduction.

1. Attending neurasthenia and poor appetite . It also as a strong agent.