Rauwolfia Serpentina (Snakeroot) is a flowering plant native to south and east Asia, It has been used medicinally for centuries in India and China and also more recently in western cultures. Snakeroot has been used for the relief of several central nervous system disorders such as epilepsy, insomnia, anxiety, schizophrenia and psychosis. It achieves this by depleting catecholamines and serotonin from nerves in central nervous system, thus depressing its activity. It is also used for the treatment of diarrhoea, dysentery hypertension and as an antidote to poisonous snake and insect bites. 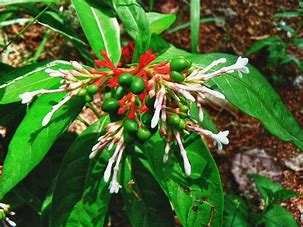 Rauwolfia Serpentina contains many active chemicals, including reserpine, yohimbine, deserpidine, rescinnamine, serpentinine and ajmaline.  Resperine, an FDA approved substance is the primary alkaloid in Rauwolfia and is used today in modern medicine as a treatment for hypertension. In addition, the National institutes of health (NIH) state that Yohimbine has been shown in human studies to be effective in the treatment of male impotence.

1. Reserpine was blocked by adrenergic neurons of antihypertensive drugs.

2. This product is the depletion of peripheral sympathetic nerve endings of adrenaline, heart, brain and other tissues of catecholamines and 5 - HT to anti-high blood pressure, slow heart rate and inhibition of the central nervous system. Antihypertensive effect primarily by reducing cardiac output and reduced peripheral resistance, part of the cardiovascular reflex inhibition to achieve.

3. Reserpine acts on hypothalamic area produce sedation, but no cause drowsiness and anesthetic effects, does not change the sleep EEG, can ease the anxiety of patients with hypertension, tension and headaches.

4. Experimental animal for less than the clinical dose of reserpine, which appears miosis, eyelid wrinkles and sagging, hypothermia, gastrointestinal symptoms such as the acceleration of activity.