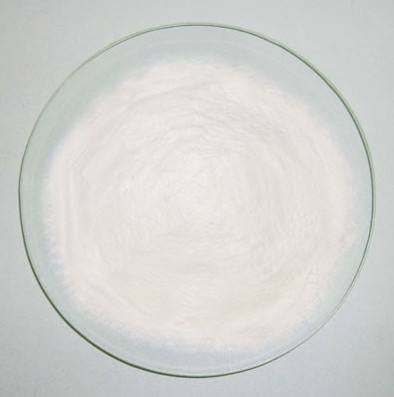 Chitosan is a linear polysaccharide composed of randomly distributed linked D-glucosamine (deacetylated unit) and N-acetyl-D-glucosamine (acetylated unit). It is made by treating the chitin shells of shrimp and other crustaceans with an alkaline substance, like sodium hydroxide.

Chitosan has a number of commercial and possible biomedical uses. It can be used in agriculture as a seed treatment and biopesticide, helping plants to fight off fungal infections. In winemaking, it can be used as a fining agent, also helping to prevent spoilage. In industry, it can be used in a self-healing polyurethane paint coating. In medicine, it may be useful in bandages to reduce bleeding and as an antibacterial agent; it can also be used to help deliver drugs through the skin.

More controversially, chitosan has been asserted to have use in limiting fat absorption, which would make it useful for dieting, but there is evidence against this.

Other uses of chitosan that have been researched include use as a soluble dietary fiber.

1.Gum disease (periodontitis). Some research suggests that applying chitosan ascorbate directly to the gums seems to help in the treatment of periodontitis.

3. Kidney failure. Some research suggests that taking chitosan by mouth may reduce high cholesterol, help to correct anemia, and improve physical strength, appetite, and sleep in people with kidney failure who are receiving long-term hemodialysis.

4.Crohn's disease (an intestinal disorder). Early research shows that taking a combination of chitosan and ascorbic acid by mouth might help people with Crohn's disease.

8.Weight loss. There is conflicting evidence about the effectiveness of chitosan for weight loss. Some research suggests that combining chitosan with a calorie-restricted diet might result in a small amount of weight loss. But taking chitosan, without cutting calories, doesnât seem to cause weight loss. Many studies on chitosan have design flaws that make their results questionable. When only the higher quality studies are analyzed, the effect of chitosan on weight loss is minimal, only about 0.5 kg (about 1.1 pounds) when takenfor 1-6 months. This may not make much difference to health.

1. Any inquiries will be replied within 12 hours.

1. Any inquiries will be replied within 12 hours.